‘Life is Easier When You Have a Team’: Special Olympics Brazil Unified Champion School Recognition

ESPN honored four schools participating in the “Play Unified. Learn Unified.” project supported by the Stavros Niarchos Foundation. These schools were recognized for their commitment to high standards of inclusion through the Unified Champion School model. 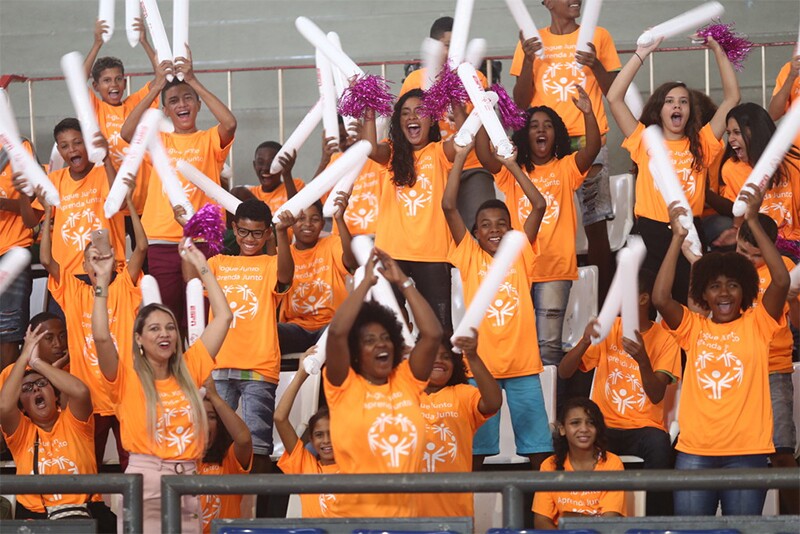 In order to become a Unified Champion School, each of the four schools committed to ten standards of excellence outlined by Brazil in three categories: Unified Sports, Inclusive Youth Leadership, and Whole School Engagement.

ESPN Brazil Journalist, Ruebens Pozzi joined the momentous event and left the students and teachers with this sentiment, “Life is easier when you have a team. When you come to Special Olympics, you are not just coming to play or learn, but you are also leaving with a different mindset."

Also in attendance was Special Olympics Youth Leader and recent participant in the Global Youth Leadership Summit, Jorge Adriano, who spoke directly to the students about his experience in Judo and using that as a tool for inclusion.

“In school it was very difficult to talk to people, but once I was introduced to Judo in school it changed everything. Special Olympics Judo has taught me how to trust myself, and made myself more confident in school. More importantly, I was introduced to my Unified partner who helped me be the person who I am today,” says Jorge.

To kick-off and shake-off the event, all four schools were invited to come down to the gym floor to participate in Unified Zumba. After students and teachers merenge marched back into the stands, remarks were given to inspire this new Unified Generation in Brazil. Before a Unified Relay Race was to begin, each school received a plaque recognizing their pledge to include. The event concluded with students and teachers cheering their new battlecry, “Play Unified. Learn Unified.”

Achieving equality through sport in Serbia